This tutorial will be demonstrated using a Sony Xperia running on Android 4.2 Jelly Bean, a Sony Xperia M dual to be specific, and while the steps should be similar to most Sony Xperia smartphones the steps and methods used may differ from phone to phone and may even differ depending on what version of Android your cell phone is currently operating on.

One of the best ways to test the touch screen on an Android smart phone is to access the diagnostic tool that is often prebuilt into many Android smartphones. To do this all you have to do is enter a specific star code intended for your device which should bring up a service menu and let you test certain components or parts of your cell phone.

To enter this code all you have to do is open up the dial pad on your cell phone as though you are going to type in a telephone number, type in the command code, and then test the functionality of the specific feature or part of your Sony Xperia cell phone.

Testing the touch screen on your Sony Xperia smartphone

So let’s go ahead and get started.

Begin by a going to your phones home screen or main screen and then tapping on the phone key or call key in the bottom left hand corner of the display. You should be able to get to this feature under your phones list of applications as well (should you need to).

After pressing the phone key make sure that the Dial Pad or Key Pad is showing and then type in *#*#7378423#*#* or *#*#SERVICE#*#*. This Star Code Command can be used on many Sony Xperia cell phones to open a menu which may allow you to further customize your cell phone, check it settings, or even run a diagnostic tests which is what we actually plan to do. Note: if you type in this code and the service menu doesn’t automatically pop up then try pressing the call button to carry out the command. If nothing happens then this code won’t work on your specific cell phone and you may need to try a different Star Code Command. 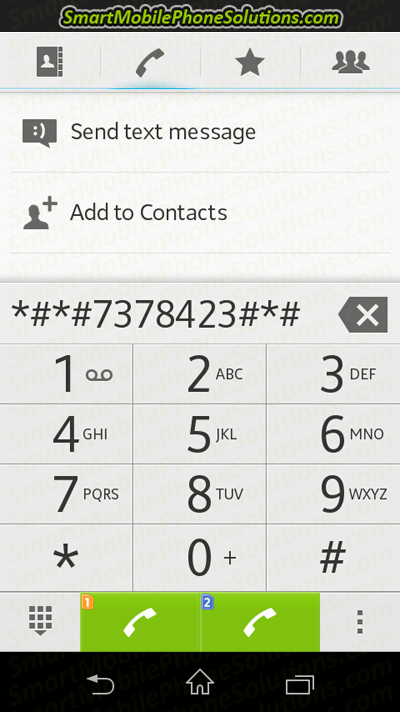 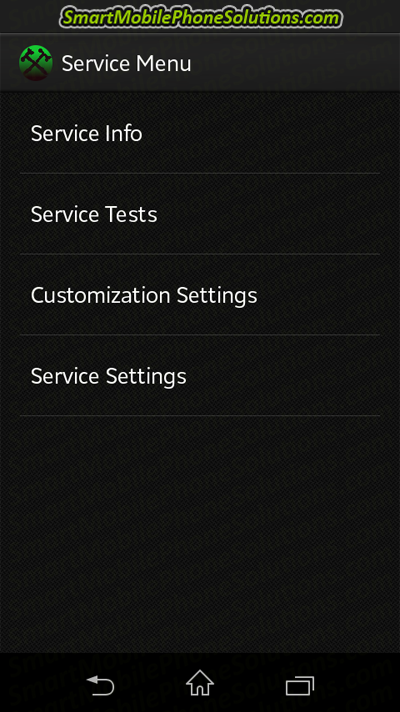 We are going to want to select the Service Tests option. 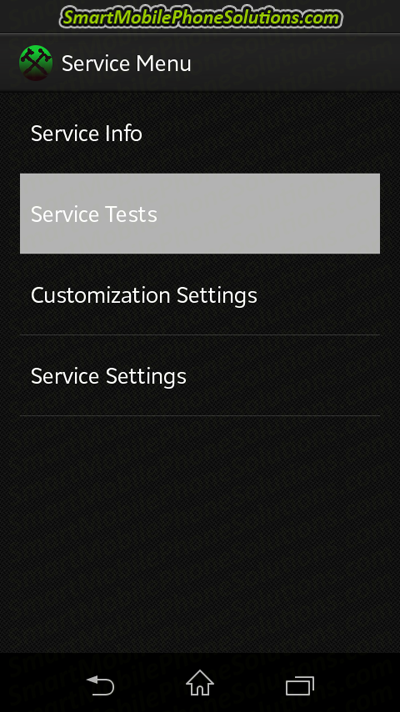 Once you open the Service tests option you’re going to look for an option which will allow you to test the touch screen on your Sony Xperia. 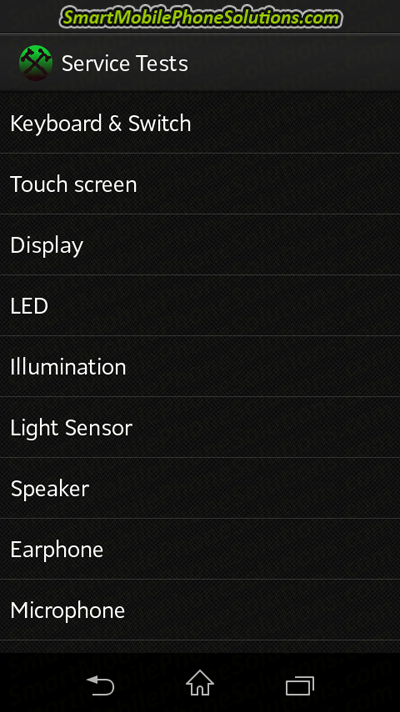 On the Sony Xperia M it’s pretty self-explanatory as it actually shows a “Touch screen” option but other phones might be labeled differently, or may include multiple options available to test the touch screen.

Go ahead and tap on this Touch screen option to open it and begin the diagnostic. 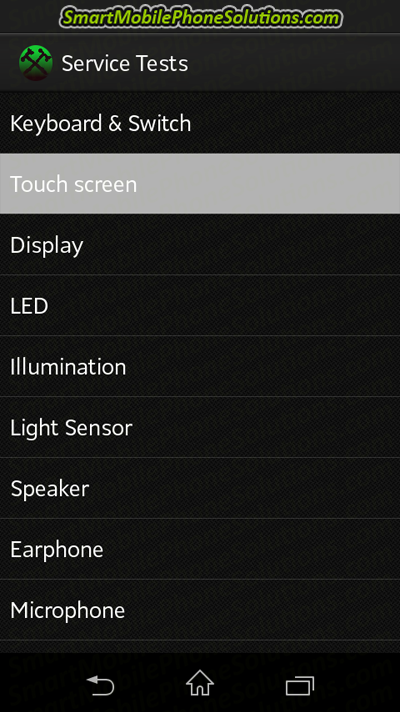 You should then see a blank screen which you can use to test the touch screen on your Sony Xperia. Simply drag or press your finger down on any areas of the screen that you seem to be experiencing problems with. Your Sony Xperia should recognize everywhere that your finger or a stylus comes in contact with and the screen should show exactly where you have touched. 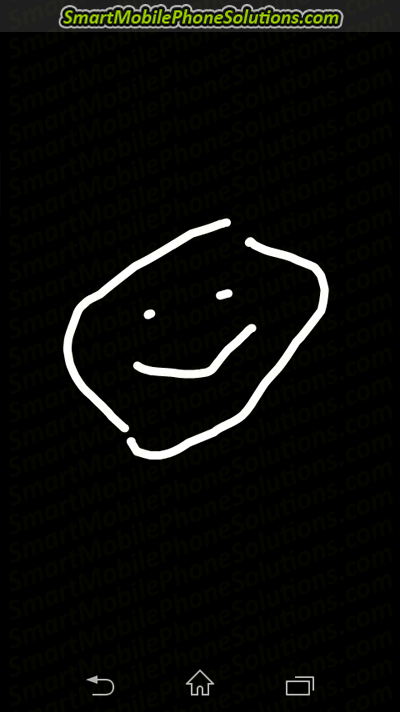 This will allow you to visually check the functionality of your entire touch screen by dragging your finger over the display to check and see if any parts are unresponsive or responding incorrectly.

Congratulations you now know how to test the touch screen on a Sony Xperia smartphone.

Even more important than knowing how to test a touch screen is knowing how to fix a malfunctioning touch screen. If you determine that your cell phones touch screen is not responding properly or the diagnostic test passes but when you close the diagnostic tool your phone still seems to respond incorrectly then you may need to proceed to the next step in troubleshooting and start looking for possible causes and better yet possible solutions that could help get your cell phone to respond properly again.

If your phone falls into this category then I suggest reviewing how to fix the touch screen on an Android smartphone. You will likely find the advice listed on that tutorial instructive and helpful when seeking the best resolution to your current situation.

I hope that you found this article informative and most of all useful in testing the touch screen on your Sony Xperia smartphone.

If you did enjoy this article then please let me know that you liked it by pressing the Facebook Like and Google + buttons below and don’t hesitate to also post a friendly remark in the comment section underneath this article.

If the process of testing your touch screen was a little different on your Sony Xperia smartphone then don’t hesitate to let us know what cell phone you have and what steps were different.

Thanks again for reading.

I hope you have a wonderful day.